How to draw manga for beginners

It seems some things are inevitable in certain areas. Just like a classic painter needs to learn about watercolors, everybody who learns about drawing, sooner or later bumps into manga, one of the most popular drawing styles in the world. It looks children are particularly fond of it. If you want to help your kid at drawing (you can read about numerous benefits here), it’s very likely manga with its distinguished and appealing style can be of big help.

To warm you up, I prepared some free manga clip art: 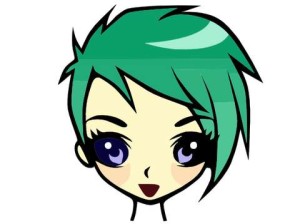 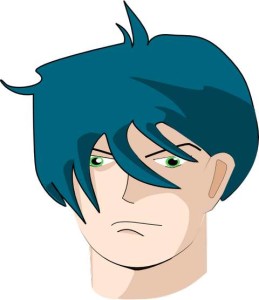 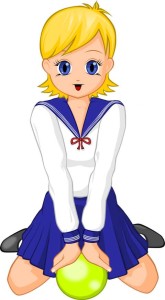 And some quick facts about manga:

Manga market is worth billions of dollars a year with constant growing in international markets where different variations of manga were developed.

Manga cartoons are typically published in magazines (first was published in 1874) with many different series, each presented with only single episode. The most popular episodes not only survive, but can be also republished in stand alone editions and animated (what produced so called anime).

Although most of people in the West experience manga in vibrant colors, majority of this genre is produced in black and white. To achieve more visually appealing and dramatic effect, different patterns are typically used for characters, backgrounds and details.
Classic manga (published in Japan) is by no means limited to kids-only market. It deals with many adult themes and even if the profile of the reader is a child, it can be much more complex and dark than the usual comic for kids in the West.

So you want to learn how to draw manga?

Web is full of lessons, but majority of good stuff is payable. Before you dive into unnecessary expenses, I prepared few useful links to help you started. I hope you can benefit from them.

Drawing hair is never easy and manga has its own special rules:

To learn more about coloring and inking manga hair, visit:

When you are ready, you can develop full characters:

Then put them in action:

O.k., that’s for start. I wish you a lot of inspiration and have fun!