Who can define mandala?

Mandala is the expression of all life. It is the path of individuation.

Carl Jung, one of the most influential psychologist

In its simplified explanation a mandala is a symbolic representation of Universe. The word mandala comes from Sanskrit’s word for circle or completion. 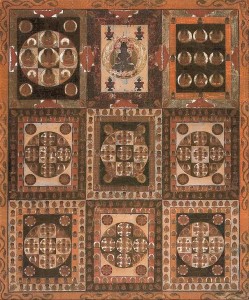 A circle always had strong symbolic meanings through human history. With its closed but also never ending line it represents limitations and infinity at the same time. The transience of one’s life which is is sentenced to end at the very moment when it begins and can also expand in virtual infinity through transfer of genes. 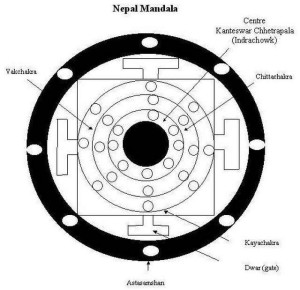 For many centuries a circle was and still is used as a protection symbol. Person standing inside a circle can’t be hurt by evil and unknown powers from the outside. Energy inside the circle also can’t be released across the line.

Mandala is important part of spiritual and meditating rituals in Hinduism, Jainism and Buddhism. Especially in Tibetan Buddhism many sacral objects like temples are built as giant mandalas. We can think of mandala as a kind of palace with four gates, one on the each of four sides of the world. Mandala is always constructed of several layers around the center, each layer representing kind of protective barrier which should be passed to achieve a certain virtue behind. For instance: circle of fire represents wisdom. 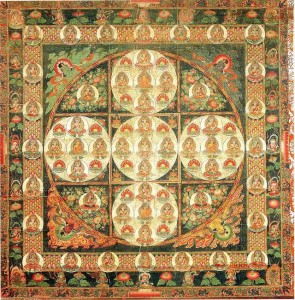 Mandalas can be drawn, painted or built with different materials on different surfaces, but with a bit of experience we can find  them in nature as well. The basic form with a circle around the center can be found in cells, blossoms, shells, crystals, solar systems and galaxies. Even the classic model of atom can be understood as kind of mandala.

Tibetan sand mandalas are well known by their beauty. A lot of time and a lot of skill is spend to construct such mandala and it is typically relatively short lived construction, but this fact is actually important part of its charm. Simple and very satisfying family activity can be picking the pebbles of different colors on the shore and using them to make a simple mandala. Alternative materials can be incorporated as well. Just check the one with shells in the photo below!

Lately mandalas are more and more used in therapy. A construction, painting and visualization of mandalas can be powerful tool to improve one’s creativity through concentration and meditation. Coloring sheets of mandalas are very popular among adults and children. Carl Jung explained mandalas as the expression of one’s intense personal grow and his most known follower Marie Louise von Franz associated them with a need to restore of something from past or creation of something new, with both being connected through kind of ascending spiral. With addition of symbolic meanings of colors we can make thing very complex in no time at all. 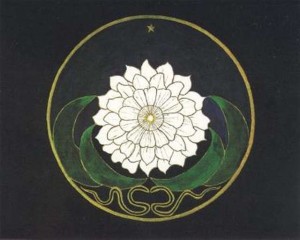 To make you even closer to the topic, maybe even convince you to create something new on your own, and of course to understand even better what is mandala, there are a few coloring pages of mandalas. 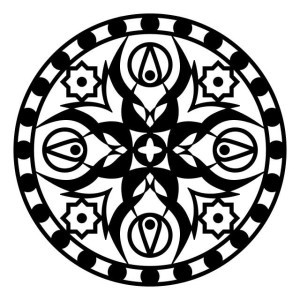 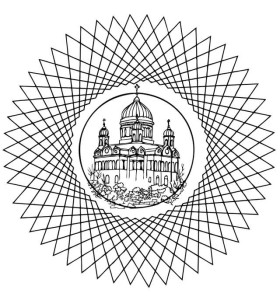 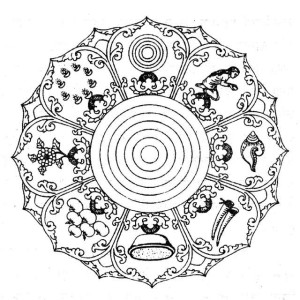 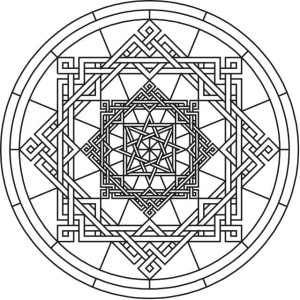 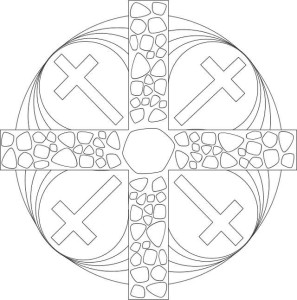 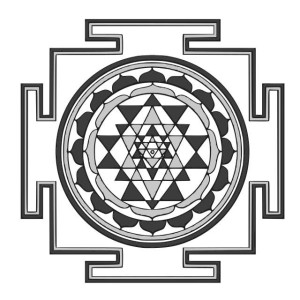 Meanings of colors in mandala

Choosing colors for mandala can be demanding there are several ways to do that. According to Buddhism, each color is associated with a specific meaning, feeling or emotion. But the symbolism of colors in Hinduism is not the same. And there is also the psychological meaning of colors in the Western world which should not be neglected because we are all shaped by cultural influences. Not to mention different shapes of each color what further complicates our search for a simple answer to the seemingly simple question of the meaning of color in a mandala.

Next table is not meant as a definitive dictionary. It’s better to look at it as a guideline which should be used according to our personal preferences.

Expect more mandalas in the near future!